Is this Myotis myotis as well?

Based on a recommendation from a bat expert, I visited the chapel in Ersheim last Saturday in order to see and record Greater mouse-eared bats (Myotis myotis) when they depart from their nursery roost.

I was told that the calls from greater mouse-eared bats can vary a lot, but still, I wonder if the following two calls belong to Myotis myotis as well, or if they belong to something like Myotis mystacinus or Myotis bechsteinii:

What do you think?

BTW, here are all calls that I recorded at the chapel in Ersheim last Saturday, so that you have some "context":
Finally, I also visited the castle in Dilsberg earlier that day. In a cave at the castle we unexpectedly encountered a sleeping bat. I was able to take a picture of the bat with my cell phone. However, as I did not want to disturb and wake up the bat, I decided not to use a flash light and thus the picture is very blurry. However, I was told that the picture most likely shows a Greater mouse-eared bat as well: 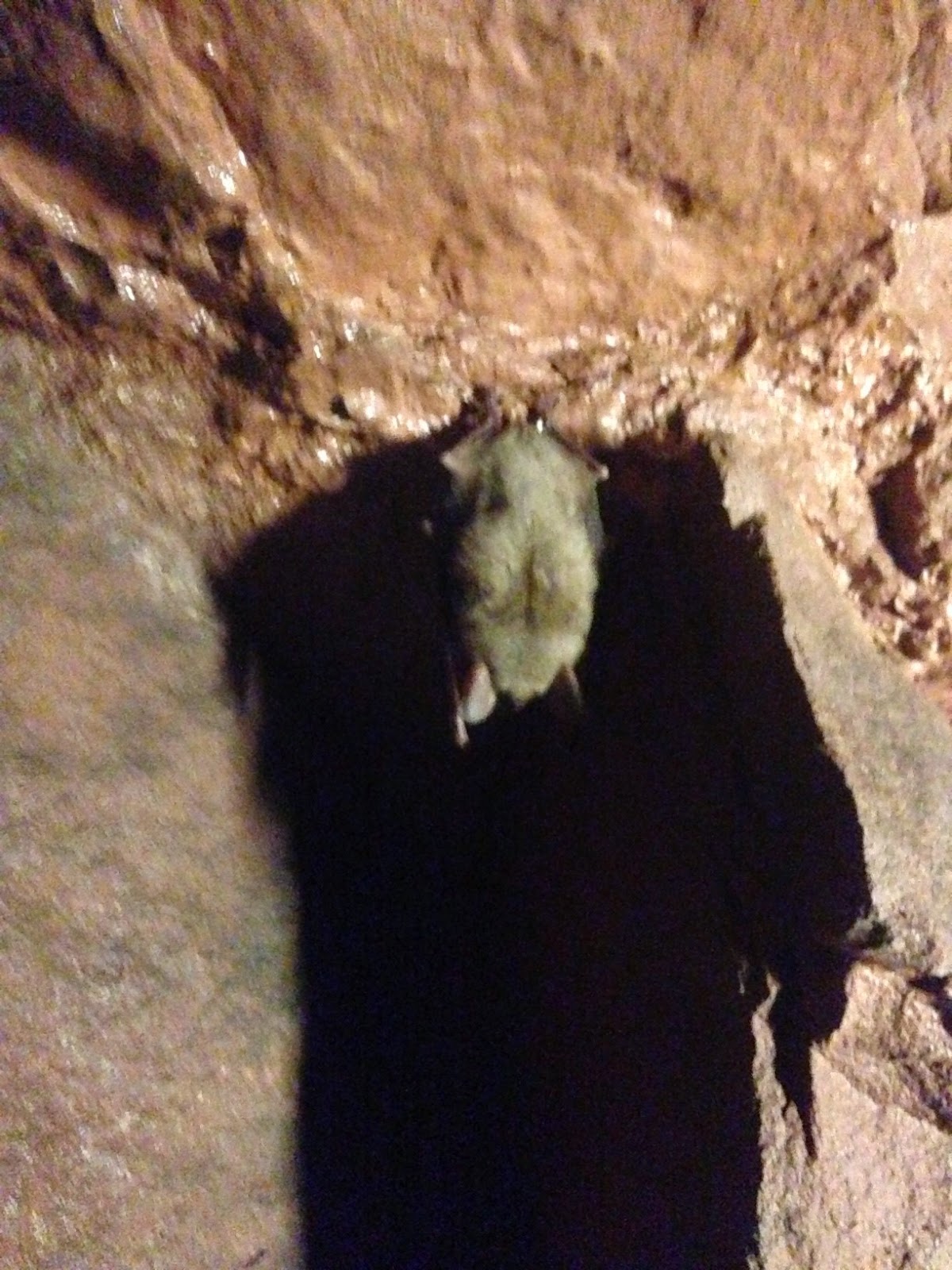